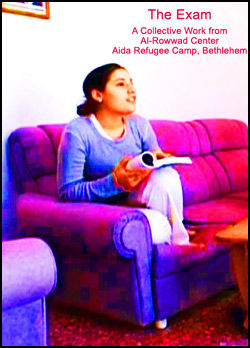 Summary
Miriam is living in Aida Refugee camp – Bethlehem and studies in Abu Dis university. Today she has an important exam. She is almost ready to go when she hears shooting. She rushes out of the bathroom and finds out that there is a curfew. All the roads have been closed by the Israeli army. Her father wants her to stay at home but Miriam is determined to pass her exam and she decides to try to bypass the roadblocks.
Will she succeed in her enterprise despite of the curfew imposed by the army. 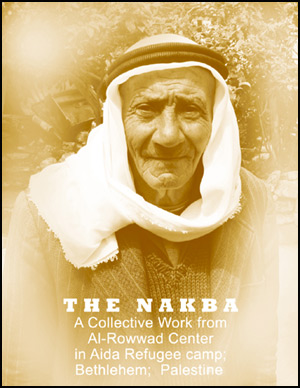 Summary
Abu Taha is a Palestinian native to the village of Beit Natif near Hebron. He describes for us the life in his village before 1948, the “disaster” (the Nakba) when the Zionists forces chased him away from his house and his flight on the roads with his family until he finally settled near Bethlehem, in a place that will become Aida Refugee camp.
This short film is a sometimes poetic, sometimes a very hard account of the events that disrupted the life of this man who died in 2006… without returning to his village.